The Bhiwani District Court came into existence on 22 December 1972 and was formally inaugurated on 14 January 1973. It was founded by the Rajput named Neem and Bhani. The Bhani word later on changed to Bhiani and subsequently to Bhiwani. Sh. R.S. Gupta was the first District & Sessions Judge, Bhiwani. From initial strength of 10-15 members, the District Bar Association, Bhiwani has also grown in strength and presently there are about 1695 Advocates enrolled as members of District Bar Association, Bhiwani. The district derives its name from the headquarter town Bhiwani which was believed to be a corruption of the word Bhani. 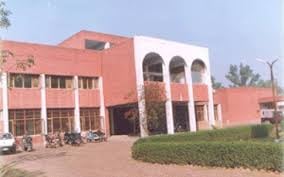 The Bhiwani District bounded in the north by the Hisar (Hissar) district, in the east by the Rohtak district, in the south by the Mahendergarh district of Haryana and the Jhunjhunu district of Rajasthan and in the west by the Churu district and a part of the Jhunjhunu district of Rajasthan. There are two main industrial units in Bhiwani i.e. Bhiwani Textile Mills established in the year 1937 and another T.I.T. Mills established in the year 1943 set up by well-known Birla Group. There is also a Technical Institute of Textile a renowned educational institution opened and run by the Birla family itself besides many other important Technical and Engineering Institutes in District Bhiwani.

Charkhi Dadri is a town and a municipal committee in Bhiwani district in the state of Haryana, India. The town was made by joining the villages of Charkhi and Dadri after urban development. Charkhi was founded by Dada Bilhan Singh, and the name is derived from the local name of the old warriors of Jatsangh – kshatriya. Dadri was founded by Raja Bilhan Singh, a younger son of the Maharaja Prithvi Raj Chauhan according to some history books.

Sub Division Loharu: Loharu is a city and a municipal committee in the Bhiwani district in the state of Haryana. It is one of the 4 administrative sub-divisions of the district and has 119 villages in the Loharu Tehsil. It was the seat of the eponymous princely state during the British Raj, established in 1803; and an important reminiscence of that is the Loharu Fort, now an important tourist destination of the district.

Sub Division Siwani: Siwani is a City in Siwani Tehsil in Bhiwani District in the state of Haryana. It belongs to Hisar Division. It is located 61 KM towards west from District head quarters Bhiwani. It is a Tehsil headquarter. Siwani Mandi is very famous in the Bhiwani district for its agricultural market. There are many Guar Gum factories in Siwani.

Sub Division Tosham: Tosham is a town and a municipal committee in Bhiwani district in the state of Haryana. History of Tosham dates back to at least the 4th century, as evident by the Sanskrit language Tosham rock inscription at Tosham hill. Tosham Hill also has a Baradari known as Prithvi Raj ki Kacheri. Tosham was under Gupta rule in the 4th Century as per the inscription, later it came under Tomars and Chauhan (Prithvi Raj who built the Baradari) Rajput rulers, before falling into the hands of Delhi Sultanates, Mohguls, and British Raj. During the 1857 revolt, Hindu officials of British Raj based at Tosham were killed by Bhatti and Ranghar Muslim Rajputs of Jamalpur and Mangali. It has been awarded the title of “Adarsh Village”. There is one small mountain of Aravali Mountain Range. Temple of “Baba Mungipa” is situated on this mountain. This temple is very famous and popular in the local area.

When it comes to the selection process, the candidates have to take up a written exam / Interview. Selected candidates will be paid a handsome salary (as per Govt rules). The type of questions that are asked in the technical interview round differs from one position to another. There are multiple steps for the selection process for the posts of Stenographer, Clerk, Peon, Process Server, Gardner, Chowkidar, Liftman, Sweeper, Watchman, Chauffeur, Cook, etc. in the Bhiwani Court. The procedure is as follows

We advise to you for other Bhiwani Court Recruitment 2021 and selection process please read below official recruitment notification carefully before apply.

Know the current status of your case by Return SMS

Important: Case Number Record (CNR) is a unique Identity Number of each case, which remains constant. All the Advocates, Litigants, and stakeholders are requested to ascertain the CNR of their respective cases from the concerned Courts and to refer the same for all future references.